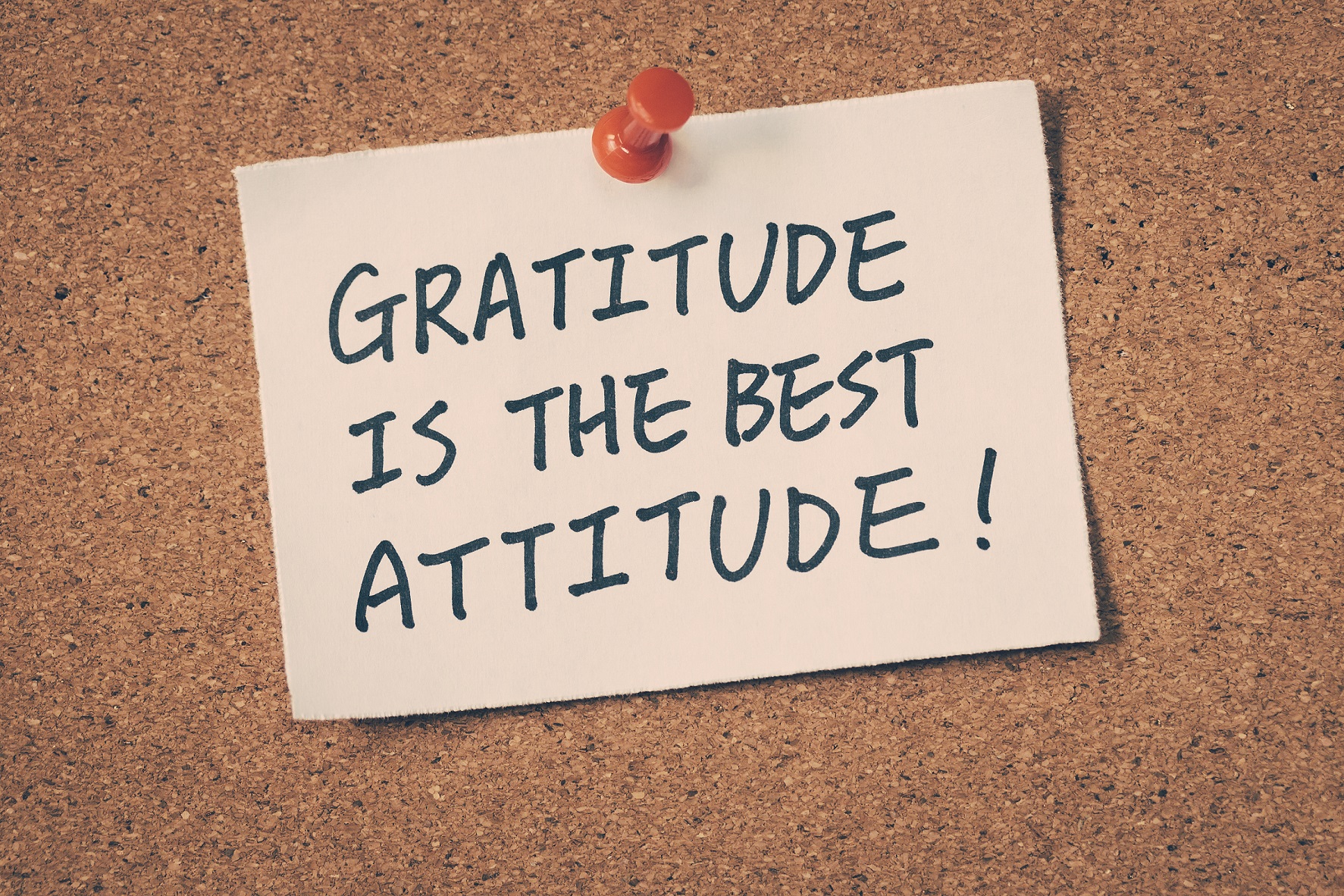 Wisdom tells us that we can’t continuously focus on the past and bring about what we wish for in the future; they are completely at odds with each other. Since the brain is a very literal organ it needs to be disavowed of any double messages or split focuses.

First of all, external circumstances should never be confused with our inner moral compass. That internal representation, our moral compass, guides us from the heart, while the head is shaped largely by our experiences, preferences, hopes and dreams. Neuro-Linguistic Programming (NLP) teaches us that when emotions are high, intellect is low. It’s imperative that we notice both our feelings and our thoughts, yet to focus upon both simultaneously; not so much. We can first strategize how to change our thoughts, and voila, our feelings are shown a pathway to follow that shift.

Many of us expected a very different Presidential election result on November 8th, and began formulating our future plans in accordance with that believe and/or hope. Not only did our personal hopes not culminate in the expected result; we attempted to simultaneously wrap our heads around the added weight of the errant polls that had so cemented our beliefs that indeed, Secretary Hillary Clinton would become the first female President of the United States.

The shocking twist to our new reality that Donald Trump won the Electoral College and would be our next President Elect, was so sudden and so extreme, it packed an especially hard punch, some would liken it to a Sucker Punch.

It’s quite understandable and acceptable to emote “I’m hurting” or “I’m angry” or “I’m scared” or “I’m sickened” or to go sullen and silent, at times of extreme emotion. These are grievous feelings that need to be felt and expressed, else they will fester inside us and eventually implode, as did the feelings of discontent which apparently had festered inside of multitudes of Trump voters.

Mr. Trump having never apologized for any of his incendiary statements (with the sole exception of his televised apology after the hot mic tapes revealed his sexual-predator statements) did nothing to assuage our fears that he would literally DO the things he threatened. Mexicans, immigrants, Muslims, gays, those disabled and women were all attacked in various verbal and Twitter rampages such that any one of those groups of people would have every rational right and emotional sense to fear for their personal safety, their jobs, and/or their dignity.

Scorched Hillary supporters, #NeverTrump voters, and generally scared Americans gathered to ‘show themselves’ en masse to President Elect Trump, the Electoral College and the Trump voters, to indicate that a huge population of Americans (and their friends) were potentially vulnerable, given the bombastic rhetoric that Mr. Trump had promulgated for much of the past 18 months prior to the election.

Days and nights have been rife with unrest and protests in city streets, shutting down sections of interstate highways and culminating at NYC’s Trump Tower. People exercised their First Amendment rights as Americans to show their extreme dissatisfaction, their anger, their grief, not only at what they lost; a Presidential election, yet also to show grief for what they feared losing in the future, in terms of their rights, their family’s rights, their friends’ rights and their co-worker’s rights. Would that ALL of the protests could have occurred without incidents of property damage and violence, yet comparatively speaking, the protests were largely peaceful, some of them eerily silent.

Without intending to oversimplify such a confluence of events, feelings and thoughts, people were, in a word, grieving.

Grief is indeed a very complex emotion. One doesn’t ‘get over’ grief, one ‘gets through’ it. As a Certified Grief Coach I’ve learned not to judge grieving folks, they have their own individual clock(s). They don’t appreciate being “should” on; that doesn’t hasten their healing in the least. They’re reacting to a torn-asunder-heart and a very confused mind. They are angry and completely flummoxed at the mountain of uncertainty that’s just been unwittingly thrust into their life, and that of their family. And it’s not the time for anyone to waltz through their front door or appear on their FB page and suggest they ‘move on’, or ‘get over it’.

Until we feel, we cannot heal, period. True dat, and it’s wrought with pain.

I support folks getting in touch with their feelings, and as a coach, I lend strategies to my grieving American compatriots, bringing me full circle to my opening statement, “Wisdom tells us that we can’t continuously focus on the past and bring about what we wish for in the future; they are completely at odds with each other.”

Once our bereft feeling has lifted even a smidgen, I invite us to face forward to look through our large windshields for ANY signs of hope, rather than squinting to look back through the much smaller rear-view mirror. I urge us to latch onto any progress that we’re making and feed that progress so more of it grows. And I ask us to forgive ourselves when we invariably fall a few steps backwards, as can be expected when addressing something as huge as grief, replete with uncertainty.

I invite both Trump and Clinton voters to remember that when we judge people, we lose all ability to influence them. So, as Americans, as brothers and sisters, aunts and nephews, nieces and uncles, cousins and neighbors, co-workers and strangers, let’s listen each other into speech, let’s ‘re-member’ each other. This election event which has largely resulted in figuratively ‘dis-membering’ lives, relationships, trust, and hope, cannot retain this kind of power in the face of each of us reaching inside, to the core of us, to our love-center; and then banding together starting with the smallest of action steps.

Since people invariably feel valuable and needed when they give something to someone, let’s hold that out as an example for grieving folks to latch onto, even just a toe-hold to start. Widowed people speak of the healing that THEY feel when they can pick up the phone, write an email, send a FB message to another grieving person. When my former assistant (whose 5-day old infant was fatally dog-mauled) heard of another mother whose baby befell the same fate only a month later, she picked up the phone and reached out to her. Still wracked in unspeakable grief, my assistant connected with a complete stranger on the telephone in solidarity; both healed a little bit that day. My assistant later relayed the magnitude of that singular act of giving and how it indelibly changed the trajectory of her grief recovery.

I am committed to regaining my positive perspective, believing each of us can progress along the path of regaining hope, re-igniting our personal passions to improve our lives and those of our fellow Americans. I am using myriad grief recovery tools and if would like to join my upcoming series of Grief Recovery webinars, click here: https://www.debralmorrison.com/election-grief-webinar-signup/

It is my fervent hope that today and during this Thanksgiving week, we can reach out to family members with whom we have disagreed and agree to celebrate the myriad of similarities we share as opposed to focusing upon what may have separated us before.

Dare to risk. That’s what moves any of us forward individually and as a nation; for a life without risk is merely an existence. And if God hasn’t called your number yet, there’s a reason for your life and it isn’t yet finished.

Happy Thanksgiving to one and to all!

This article was originally published Monday, November 7, 2016, in the Huffington Post by Debra L. Morrison. For more of Debra’s timely wisdom, advice and relevant financial news, delivered monthly to your e-mail inbox, sign up for the FREE Morrison’s Money Minute newsletter.Debra L. Morrison is a speaker, author, certified grief coach and a Fee-Only Wealth Manager with over 38 years of experience in personal financial planning and asset management. Debra draws from a wealth of experience including heading her own firm for 30 years. She has been featured on CNN, ABC, MSG’s Metro Money, and CNNfn. She co-hosted CNNfn’s live financial call-in show with Stuart Varney & later, John Metaxsis in 2000, offering independent financial advice to hundreds of CNNfn viewers.